A Tiny Fruit That Tricks the Tongue 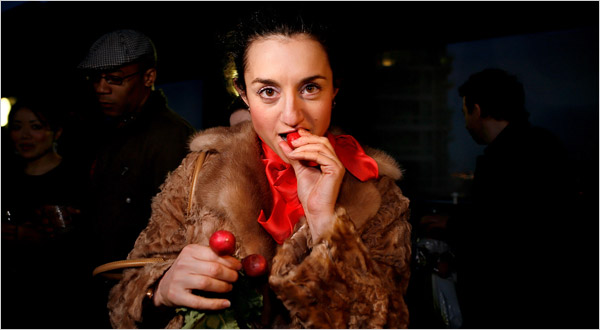 Nearby, Yuka Yoneda tilted her head back as her boyfriend, Albert Yuen, drizzled Tabasco sauce onto her tongue. She swallowed and considered the flavor: “Doughnut glaze, hot doughnut glaze!”

They were among 40 or so people who were tasting under the influence of a small red berry called miracle fruit at a rooftop party in Long Island City, Queens, last Friday night. The berry rewires the way the palate perceives sour flavors for an hour or so, rendering lemons as sweet as candy.
Posted by A Z Lynch at 6:41 AM