When the Deity Knows You're Dead 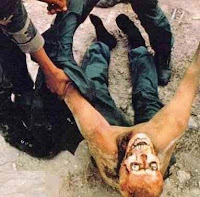 How do different religions define death?

Usually, the same way it has traditionally been defined in all cultures: by a lack of vital signs. Most world religions lack a clear doctrinal statement that certifies when, exactly, the moment of death can be said to have occurred. For most of human history, there was no need for one since prior to the invention of life-support equipment, the absence of circulation or respiration was the only way to diagnose death. This remains the standard of death in most religions. By the early 1980s, however, the medical and legal community also began to adopt a second definition of death—the irreversible cessation of all brain functions—and some religious groups have updated their beliefs.