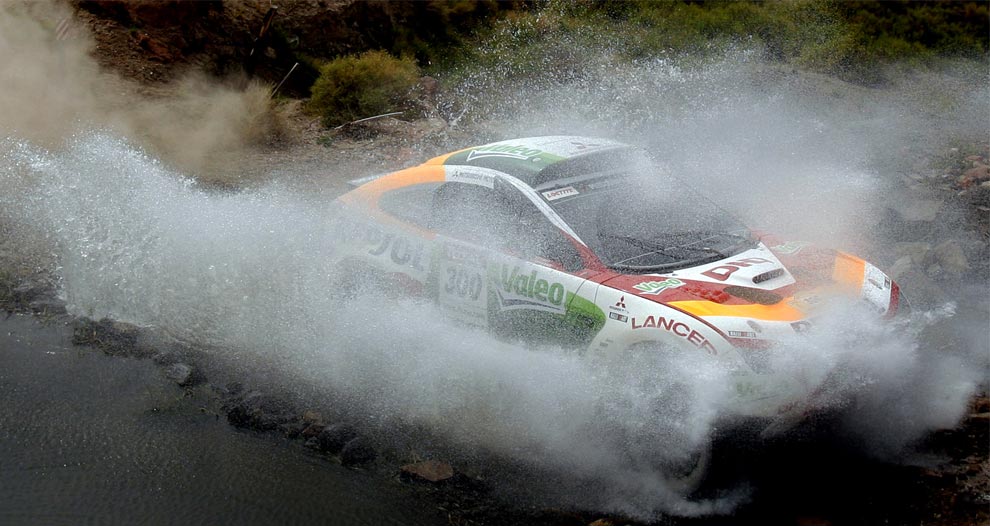 The Dakar Rally was traditionally an off-road multi-stage race from Paris to Dakar, Senegal. However, due to fears of terrorist attacks, the Rally was cancelled last year - and this year moved to an entirely different continent, South America. 540 teams started the 2009 Dakar Rally in Buenos Aires, Argentina on January 3rd, and, after 9,578 kilometres (5,951 mi) in 14 stages, will return to Buenos Aires on January 17th. Back in France, a small group of die-hard African Rally fans decided to stage their own version of the Dakar, folllowing the traditional route despite any terrorist threat, and have dubbed their version the "Africa Race", and 27 drivers started out from Marseille, France on December 28th. Here are some photographs of the official Dakar Rally (in South America), and a few of its shadow competition, the Africa Race. (30 photos total)